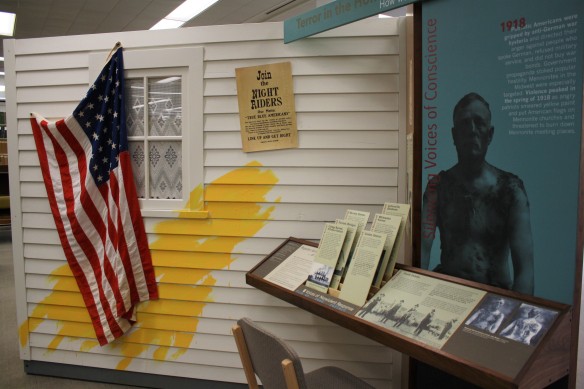 It has been forty-five years since the elimination of the draft in the United States. More than two generations of Mennonite men and women have grown up without the threat of having their convictions put through the test through conscription and conscientious objection. Lloy Kniss, a WWI-era CO, stated in his 1971 pamphlet “I Couldn’t Fight: the Story of a CO in World War I” that he “believe[s] our church needs to learn again to suffer for the faith when it becomes necessary.”1

Though written in 1971, these are timely words for those of us in the Mennonite church today who have grown accustomed to the comfort and privilege gained through assimilation and prosperity these past forty years. Remembering the sacrifice of those in the past, as well as critically examining our complicity in our country’s glorification of war and the military industrial complex, is important to deepen the understanding of Anabaptist pacifism, its roots, and its implications today.

For this reason I was pleased that the “Voices of Conscience” exhibit came to Eastern Mennonite University this October. This exhibit, from the Kauffman Museum in Bethel, Kansas, has been travelling throughout the country for the past year. 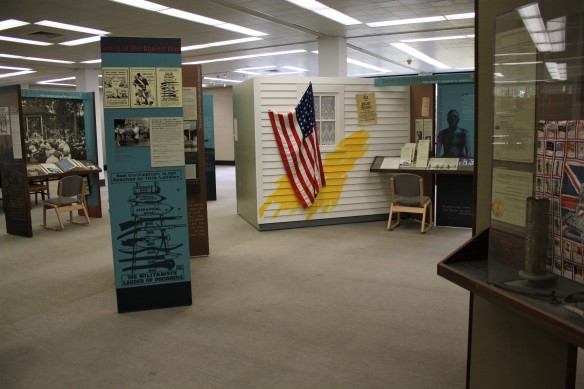 The exhibit is thoroughly researched and well-presented. It expertly captures the zeitgeist of the time period through photos, maps, posters, and cartoons that illustrate the patriotism and war fever sweeping the nation.  The exhibit conveys how the nonresistance and pacifism of Mennonites and other Anabaptist groups was not favorably received by a public keen to support the United States and its allies. Some pacifists were harassed, endured property damage, and, in extreme cases, were nearly killed for their refusal to take up arms or support the war effort.

The scope of the exhibit is broad, providing visitors an insight into the peace work and war resistance done by other faith groups in the United States as well as political organizations like Socialists, Anarchists, and the Woman’s Peace Party. The global nature of World War I also inspired conscientious objection in other countries, and the stories of COs in countries such as Great Britain, France, Russia, and Japan are also highlighted.

The exhibit also hits close to home for those of us in the Shenandoah Valley, as it mentions the trial of Rhine Benner and L.J. Heatwole. In the summer of 1918 Benner, a Mennonite mission worker in Job, WV, wrote to his bishop, Heatwole, for advice about what to advise his congregation to do in regards to the purchase of war bonds. Heatwole advised him to “contribute nothing to a fund used to run the war machine.”2 The letter found its way to officials in D.C. and subsequently Benner was briefly jailed, Heatwole was indicted, and both were put on trial for violating the Sedition Act of 1918 by instructing their parishoners to not buy U.S. bonds and War Savings Stamps. They pled guilty and we each fined $1,000 (roughly $16,000 in today’s money).3 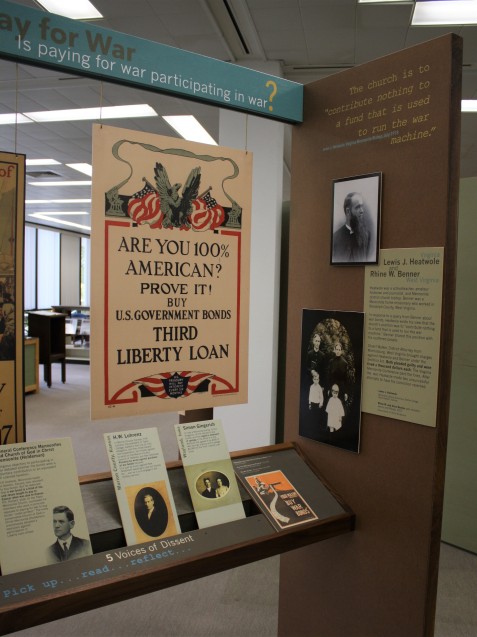 The Eastern Mennonite University Archives also has a small collection of papers from conscientious objectors in World War I. We created a display to highlight these stories and compliment the material covered in the Voices of Conscience exhibit. 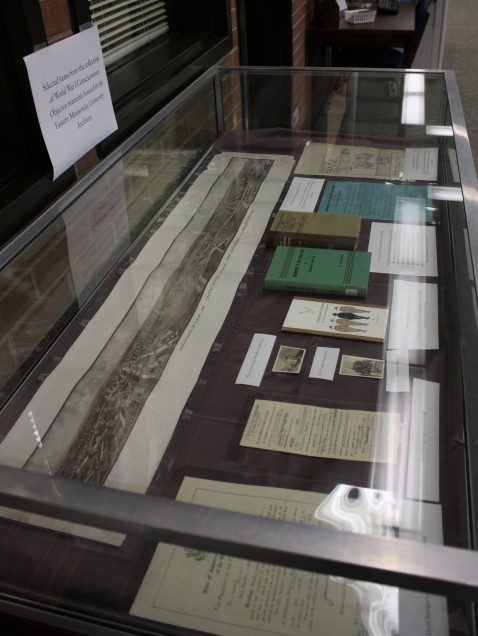 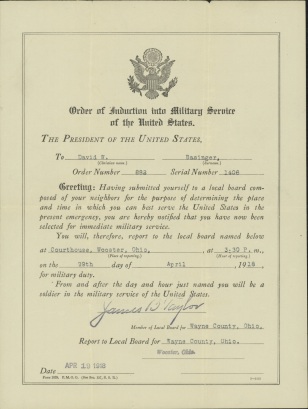 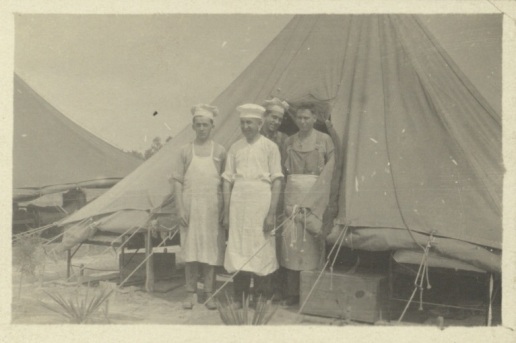 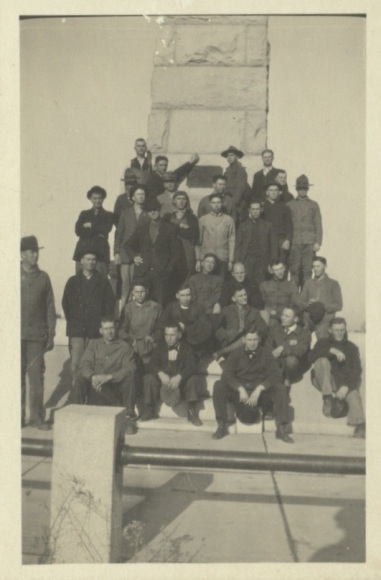 The Voices of Conscience exhibit is on display at Eastern Mennonite University through November 17. I encourage all who are in the area to come see it, or visit the exhibit’s website to learn where it will go next.

1 thought on “Voices of Conscience”