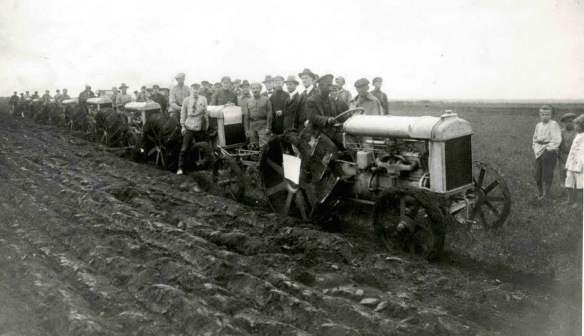 By mid-1922, many of the horses and other draft animals in South Russia had died due to the war and starvation. On June 26, Mennonite Central Committee purchased 25 Fordson tractors and Oliver gang plows, plus necessary spare parts, which left New York on July 24, arriving in Odessa in late August. These first tractor-plow units went to Chortitza and Molotschna. The total cost of the delivered shipment was US$13,838.90. A second shipment of tractors and plows left New York on December 23.