Mennonites Accept and Contest Military Service in the German East: A Sesquicentennial Series

On Friday, October 18, 1867, the North German Confederation continued debate on the military service law that proposed exemptions for two different classes of top-ranked nobility and for Mennonites and Quakers. The North German Chancellor, Otto von Bismarck, and the acting Minister of War, Theophil von Podbielski, were again present for these debates. Mennonites were attacked from the lectern at great length for treason, duplicity, and heresy against the doctrine of patriotism by a number of representatives, while only two weak defenses of the exemption were mounted.1 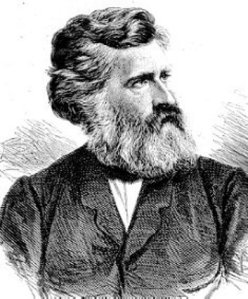 The first speaker of the day, Franz Duncker, launched a vigorous attack on any form of exemption. As a co-founder of the German Progressive Party, he was an ardent proponent of both equality and German nationalism, seeing equality as constituting the nation and the nation as the guarantor of equality. Exemptions were therefore damaging to both projects. He attacked the idea that the sons of the kings and rulers should be exempt as making a mockery of the idea of equality and noted that, “such a principle is a great and holy principle only when there is really no exception.” He went on to note that neither a religious principle nor a legal principle, such as state treaties, that exempted former ruling houses could trump the constitutional principle of equality.

Duncker was a left liberal and had little patience for conservative nobility or religious twaddle. Although the parliament was for the North German Confederation, Prussia was the dominant power, and the Prussian constitution, Duncker went on to note, explicitly said in article 12 that civic and civil duties could not be avoided due to religious concerns. Therefore when the constitutions stated that all Prussians or all North Germans were liable for military service, Mennonites could not be exempted. It could not be the job of a democratically elected parliament to work out ways to circumvent the constitution. In addition, he remarked that Mennonites themselves had suggested ways to work around this problem, an apparent allusion to Neuwied Mennonite pastor Carl Harder’s petition that Mennonites be made to serve in the military in exchange for being granted full civil rights. He concluded with an ardent plea to block all exemptions, since a constitution and human rights should not be massaged to create space for “artificial privileges and preferential treatment based on social classes.”2 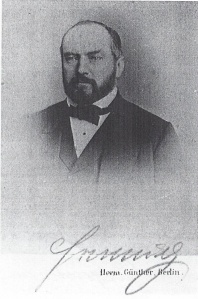 The third speaker of the day, Julius von Hennig, was a liberal on the conservative side of the political spectrum and a leader of the National Liberal party. He also devoted a long speech to the specific question of military service exemptions. He affirmed the exemptions for the current and former ruling families since state treaties must be respected. No such protection, however, could be claimed by the Mennonites. He argued that Mennonites historically were not primarily non-resistant, rather they were opposed to taking on any political role, which thus precluded military service. Now, however, they were getting more involved in politics by standing for minor offices and voting in national elections. By implication, political Mennonites could also participate in the politics of getting drafted. He quoted at length from a Dutch Mennonite statement that ended any church support for requiring members to avoid military service. He claimed, correctly, that many Mennonites had used the revolutionary turmoil in 1848 that lifted restrictions on buying property to do so. Given that a main restriction on Mennonites had been lifted, drafting them was only fair. He noted, “there is no doubt that every religious sect must obey the requirements of the state if they want to be tolerated by that state.”3

The next speaker, Baron Karl von Vincke-Olbendorf, also a more conservative liberal, was the only speaker outside the government’s speaker to defend the Mennonites. His argument was weak and short as he briefly noted that he thought Mennonites’ exemptions, which were enshrined in existing laws, did perhaps raise the level of state guarantees that could not be so easily overturned. He also noted that revoking the exemption would cause a number of worthy citizens to emigrate which could hardly be in the state’s interest.4

Adolf Weber, another National Liberal, then mounted a sustained rebuke of Mennonites and the government for wanting to shield them. He noted that the Mennonites in his area, East Frisia in the former kingdom of Hannover, had been able to pay for substitutes as a way to avoid the draft. He repeated many of the arguments already given and summed up his position by saying, “Whoever will not defend his homeland (Heimath) should leave it! Whoever will not defend his fatherland does not have one!”5 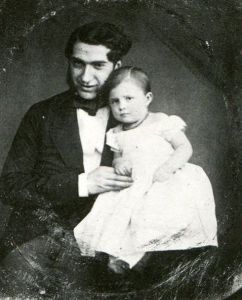 Skipping one speaker who felt compelled to attack the Social Democrat Wilhelm Liebknecht, the next speaker, Emil von Melle, also took up the Mennonite issue. As a representative from the city of Hamburg, which had an important Mennonite congregation, he was ambivalent about drafting them, but vehemently opposed to any idea that a Prussian Mennonite could be in a better position than one from Hamburg, and demanded the reinstatement of the dropped proposal to spread the Mennonite exemption in the form used in the west of Prussia. That amounted to a plea to let Mennonites everywhere or nowhere be exempt, but he noted that since they were so few in number, perhaps it did not matter a great deal.6 In terms of broader German politics, Melle’s speech revealed an abiding and popular suspicion among smaller German states that Prussia was a bully, demanding special privileges not accorded to others.

Karl Twesten was a founder of the right-of-center National Liberal party, a member of the parliamentary committee that had reviewed and slightly amended the government’s proposal and was charged with defending the government’s position. He outlined the discussion in the committee, which noted that the constitution declared both the end of all noble privilege and the obligation on the part of all males to serve in the military, and yet in both cases it was unclear how this was to be implemented. He simply argued that implementation belonged to the legislature and so they should feel free to decide on both points. His next point was that these debates did not matter much. Mennonites were a small group and not counted in the population when it came time to determine the number of draftees needed, so their presence did not in fact require their neighbors to serve at a higher rate. What finally swung the majority of the committee to vote for preserving Mennonite privilege at this point was the realization that in the law on military service they could not revoke the laws that discriminated against Mennonites’ civil rights, and that it would be improper for the legislature to draft Mennonites without lifting the restrictions and extra taxes in place on them.7

The defense of the committee’s draft concluded the debate, so that the parliament moved immediately to voting, which was done by standing. The proposal to exempt members of current ruling houses of the states of the North German Confederation was approved almost unanimously, the exemption for former ruling houses by a large majority. Melle’s proposal to extend the Mennonite and Quaker exemption was narrowly defeated, and the exemption as a whole was easily defeated. Thus Mennonites everywhere in the central and northern German states were to be subject to the draft with no chance of exemption.8

Mennonites found themselves in an unusual spotlight in these two days of debate, but Quakers were not named from the floor even once. Their defense by the government and other supporters was tepid and promised only short-lived relief that would be removed as soon as their civil rights were granted. Mennonite pleading for exemption from the draft could not be squared with equality before the law. Other opponents of the draft  dragged Mennonites into uncomfortable company; Social Democrats, ethnic minorities, and particularists who did not trust Prussia, the founder of the Confederation. There was no progressive path to exemption, nor were Mennonite leaders interested in one, as we will see in the next post on October 24, when they meet with the Prussian Minister of War in Berlin.

See Other Posts in this Series