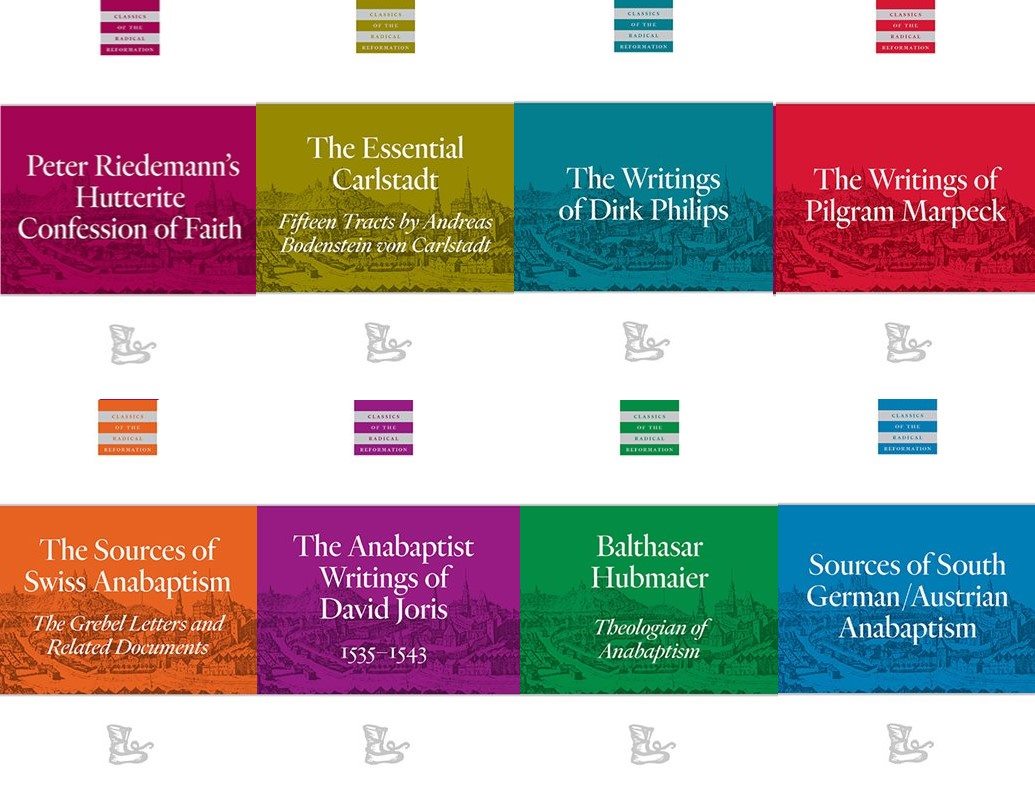 The Classics of the Radical Reformation Series is published under the auspices of Anabaptist Mennonite Biblical Seminary’s Institute for Mennonite Studies and overseen by a reference council of scholars from Canada and the United States, a group I joined in 2018.  Since the 1970s, the series has existed “to offer in the English language, scholarly and critical editions of the primary works of Reformers of the Radical Reformation…also intended for the wider audience of those interested in Anabaptist and free church writers of the sixteenth century.”[1] The first nine volumes, published from 1973 to 1999, were published by Herald Press, while the remaining five volumes, which first appeared between 2001 and 2017, were published by Pandora Press. The series included the writings of such prominent sixteenth-century figures as Pilgram Marpeck, Balthasar Hubmaier, Michael Sattler, Andreas Karlstadt, and David Joris, as well as collections organized by genre (confessions of faith) and loose geographical networks (Swiss Anabaptism and South German/Austrian Anabaptism). They have proved an indispensable resource for both academics (I cited multiple volumes in my doctoral dissertation) and interested pastors and laypeople.

As some of the older titles fell out of print, however, it has become increasingly difficult for those without borrowing privileges from well-stocked university libraries to access the full series. In the interests of making all the volumes accessible to a new generation of readers, the entire series was republished by Plough, the publishing house of the Bruderhof, in late 2019. Plough marked the republication of the series with a November 23rd launch in San Diego, during the annual meeting of the American Academy of Religion and the Society for Biblical Literature.[2] The first nine volumes, originally published by Herald Press, also have updated prefaces (from the author where possible, and otherwise from top scholars in the field).

The following volumes are now available from Plough: [3]

We hope that this re-launch will prompt new interest in the CRR series and that it will continue to be useful both inside and outside academia.